February 4, 2019 – INDIANAPOLIS – Today, Mayor Joe Hogsett and Indy Achieves honored Northwest Middle School for successfully enrolling 100 percent of its eligible students in 21st Century Scholars – a feat no other school in Marion County accomplished in 2017. Indy Achieves awarded Principal Phil Shults and counselors with a trophy as Marion County Champion for top enrollment numbers on the first day of National School Counseling Week. Northwest Middle School’s success is at the core of a new online enrollment toolkit and additional staff support available from Mayor Hogsett and Indy Achieves to all Marion County schools. These resources are designed to help increase the number of applicants taking advantage of financial aid offered by 21st Century Scholars. 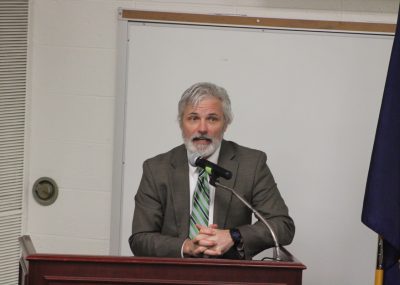 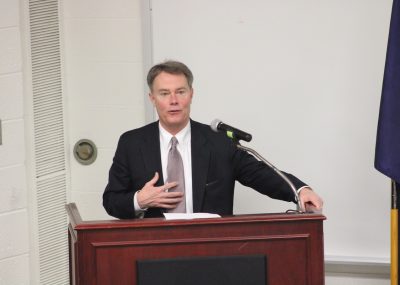 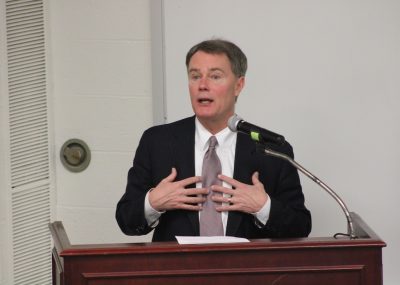 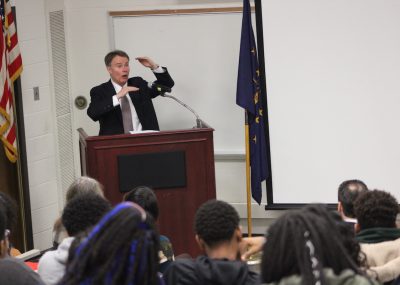 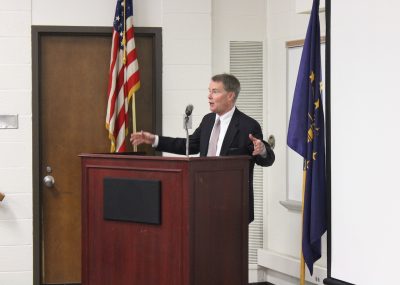 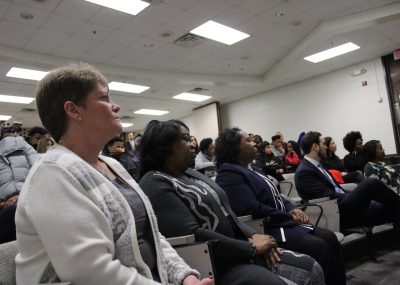 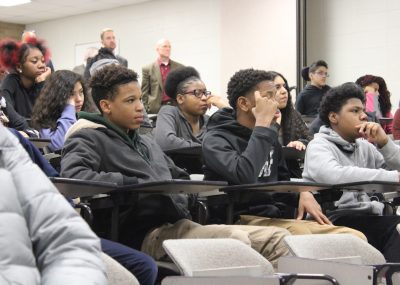 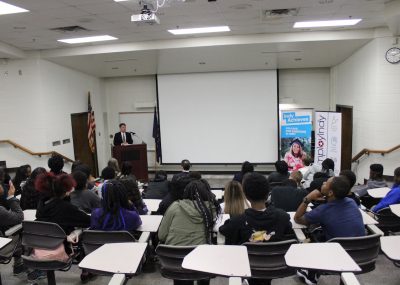 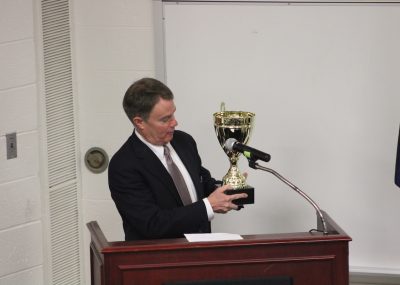 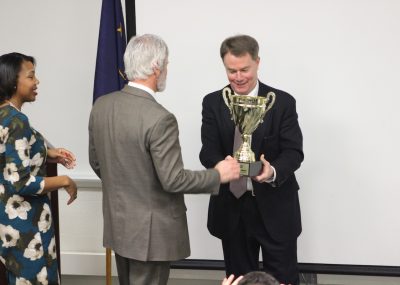 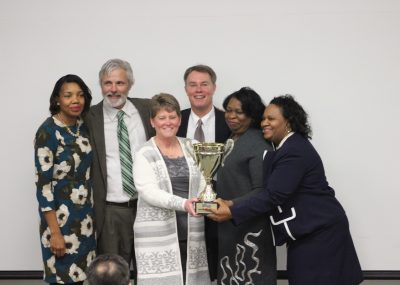 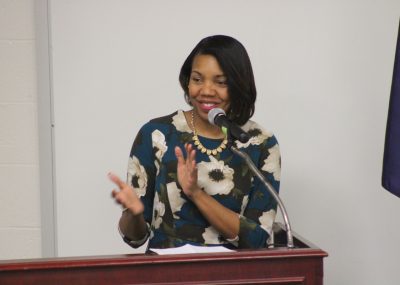 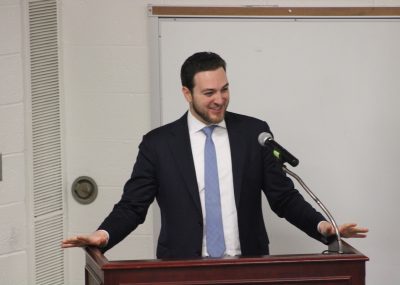 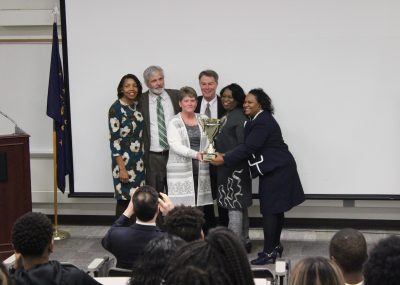 “As we continue to see the skills gap in Indianapolis increase at an alarming rate, we must remain committed to working harder, smarter, and more efficiently to ensure every student has access to the resources necessary to attain a postsecondary education, including financial aid,” said Mayor Joe Hogsett. “Our schools are vital to students and their families, which is why we not only find it important to celebrate successes like Northwest Middle School, but to learn from them. Their success can help us, and others, think creatively and strategically about how we can enroll more students in 21st Century Scholars.”

Household size and income are used to determine eligibility for 21st Century Scholars. Families must enroll before June 30 following the student’s eighth grade year, and students must graduate high school with at least a 2.5 GPA. The 21st Century Scholars program will award students up to approximately $10,000 annually for postsecondary education, which reflects the maximum tuition and fees for Indiana’s public colleges.

“The 21st Century Scholars program represents a significant ongoing commitment to ensure that every Hoosier student has access to the opportunities a college degree provides if they work hard in school,” said Indiana Commissioner for Higher Education Teresa Lubbers. “We know that the efforts of school counselors and teachers are essential in spreading the word about our state financial aid programs and we are encouraged by the results of Northwest Middle School.”

“The innovative approach used by our school counselors at Northwest Middle School to ensure every student was contacted and every parent called, that home visits were made and incentives were awarded in order to achieve 100 percent enrollment in 21st Century Scholars, is truly to be commended,” said IPS Interim Superintendent Aleesia Johnson. “I applaud the efforts of the student services department and the entire school staff for making the dream of college a reality for all students regardless of individual barriers. I hope our best practices can be helpful to other schools.”

Through this effort, Indy Achieves is working to marshal additional resources, helping to provide school counselors with best practices for encouraging enrollment in their own schools. The Indy Achieves 21st Century Scholars Enrollment Toolkit includes steps for tracking eligible students, templates and resources, online links to valuable documents and Indy Achieves contact information. The information in the toolkit was gleaned from Marion County’s top schools enrolling 21st Century Scholars, including Northwest Middle School, and is designed to universally share tactics that have provided the best outcome for enrollment.

In addition to the Indy Achieves 21st Century Scholars Enrollment Toolkit, Marion County schools can receive staff support so that counselors can focus on outreach and lean on Indy Achieves to administer the data input.