DuJuan McCoy is a native of Indianapolis, Indiana, graduating from Ben Davis High School in 1985. He continued his studies in the city, graduating from Butler University in 1989 with a B.S in Business Administration with a concentration in Marketing and Sales. He began his television career soon thereafter as an Account Executive for WTTV in Indianapolis. Over the past 30+ years, he has amassed a great career growing small, medium and large market television stations into revenue winners while significantly improving the companies’ profitability and community involvement.

His experience includes 13 years of television sales management, 10 of which as Vice President/General Sales Manager or Director of Sales in market sizes ranging from #105 to #10. He has worked with small, medium and large ownership groups in different regions of the country, including Capitol Broadcasting, River City Broadcasting, Sinclair Broadcasting, and Fox Television Stations Group. Over this period, he has successfully managed revenue budgets ranging from $4 million to over $130 million annually. Read more 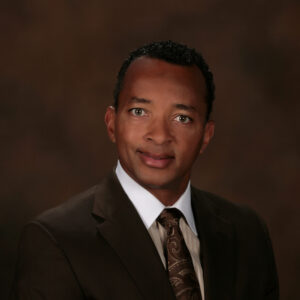 Mayor, City of Indianapolis
Mayor Joe Hogsett is the 49th mayor of the City of Indianapolis. During his time in office, Mayor Hogsett has lifted the city’s 35-year moratorium on new streetlights, invested in neighborhood-based violence prevention, and launched a comprehensive criminal justice reform effort. He has guided Indianapolis through the COVID-19 pandemic and a national reckoning on race, leading with equity and inclusivity at the forefront of the response. He has also championed initiatives on roads and local infrastructure, food access and insecurity, and permanent supportive housing.

Mayor Hogsett has deep roots in Indianapolis: for twenty-five years, his father worked at a Westside factory, and he himself has lived and worked in Indianapolis for more than three decades. Mayor Hogsett earned his law degree and undergraduate degree from Indiana University; he received graduate degrees from IUPUI, Butler University and the Christian Theological Seminary. He and his wife Steph have three children. 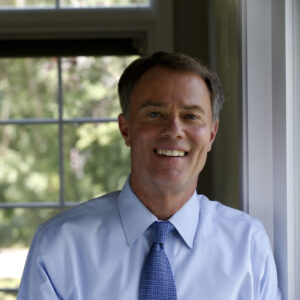 Co-Founder, GANGGANG
Alan K. Bacon is a trusted leader in the Indianapolis community with a passion for people, improved economic mobility and finding solutions to support equity within the creative economy Bacon Co-founded GANGGANG which is a cultural development firm based in Indianapolis, Indiana. Prior to GANGGANG Bacon served as Senior Director of Social Innovation at United Way of Central Indiana where he helped launch a million dollar fund that helped discover innovative solutions to fight poverty. Prior to this role at United Way, Bacon held various leadership roles for Harrison College including president of its northwest campus. Cherishing his work and presence in the community, Bacon has left his footprint on more than twenty Indy-based boards, governing bodies, or organizing committees. Including LISC, Pattern Magazine, Indy Humane Society, Music Cities Steering Committee and the Greater Indianapolis Progress Committee. 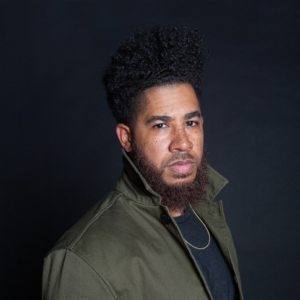 President & CEO, EmployIndy
Angela Carr Klitzsch was appointed President and CEO of EmployIndy by City of Indianapolis Mayor Joe Hogsett and EmployIndy’s board of directors in June 2016.  In this role, she is responsible for setting EmployIndy’s vision – for all Marion County residents to have access to services and training necessary to secure a livable wage and grow in a career that meets employer demand for talent. On top of guiding the strategic plan for EmployIndy, she drives colleagues to think strategically, innovate constantly, and execute to the best of their abilities while fostering a culture of transparency and high energy around the office. She also maintains key relationships throughout Indy’s economic and workforce network, keeping EmployIndy agile as needed to address the evolving landscape of workforce development.

Angie has an extensive background of more than 19 years in workforce development, skills training, economic development and philanthropy through her previous positions.  Formerly, she was Vice-President of Global Philanthropy at JPMorgan Chase & Co. and was charged with overseeing local corporate giving, community engagement and civic outreach for Indiana, Kentucky and West Virginia. Read more 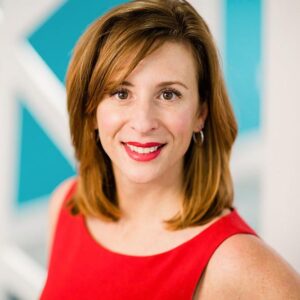 Chief Financial & Administrative Officer, EmployIndy
As EmployIndy’s Chief Financial & Administrative Officer, Tehea Harding serves as a member of the EmployIndy leadership team as well as provide leadership support to two vice presidents and a team of 10 professionals covering the fiscal and administrative functions at EmployIndy. Tehea will be responsible for providing fiscal oversight for the organization by ensuring the 25+ million-dollar annual budget is spent appropriately, over 45 funding streams of revenue are allocated properly, and Uniform Grant Guidance and Department of Labor guidelines and regulations are in compliance through procurement and contracts. She will also be responsible for the Infrastructure and Information Technology for the organization. Tehea will oversee the Human Resources team for EmployIndy as well as taking lead for the Diversity, Equity, Inclusion, Belonging initiative recently created at EmployIndy embarks on becoming an antiracist organization. 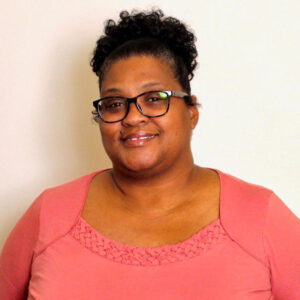 President & CEO, Indy Chamber
Michael Huber has served as the President & CEO of the Indy Chamber since the fall of 2013. In this role, he leads a business organization of over 2,000 member businesses from the Indianapolis region. The Indy Chamber serves to unite the Indianapolis business community, to grow an inclusive regional economy, and to tell the Indianapolis story across the nation and world. Under Michael’s leadership, the Indy Chamber has led Indianapolis’ regional economic development strategy, led the coalition supporting mass transit expansion including the successful November 2016 referendum, and in response to the coronavirus recently led a new $22M small business lending and grants program in 2020. Michael’s past roles include Senior Director of Commercial Enterprise at the Indianapolis Airport Authority, Deputy Mayor for Economic Development for Indianapolis Mayor Greg Ballard, and he worked in the Indiana Office of Management & Budget for Governor Mitch Daniels. He has appeared as a featured guest on national news programs including NPR Marketplace and MSNBC Squawk Box. Michael has composed and produced music for over 30 years, and regularly plays in Indianapolis with his seven-piece pop and R&B band, Chamber Music. He and his wife Helen are parents of three young children and live in Fall Creek Place in Indianapolis. 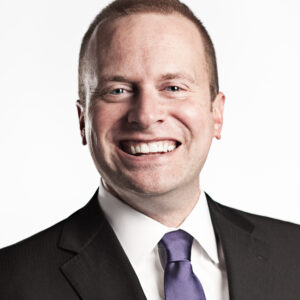 Co-Founder, Be Nimble Foundation & Sixty8 Capital
Kelli N. Jones is Co-Founder & General Partner for Sixty8 Capital, a pre-seed/seed stage fund for Black and Latinx entrepreneurs. For the last 4 years, Kelli has led the transformation of a more diverse tech ecosystem in Indiana, through her organization Be Nimble Foundation. Since starting Be Nimble, she has trained 40+ Black and LatinX founders through her accelerator, and has invested nearly $1M in capital and start-up resources. Before moving back to Indianapolis, IN, she lived in NY and LA and worked at organizations like Techstars, Givelify, Blavity, and HipHopDX. She is on the board of Employ Indy, Vanguard Collegiate of Indianapolis, Indiana Technology & Innovation Association, and The Venture Club’s NextGen group. 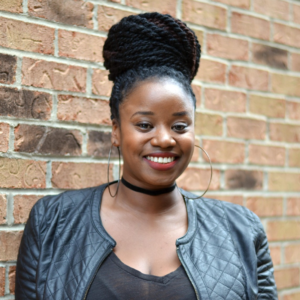 Founder & Executive Director, Latinas Welding Guild
Guatemalan-born functional artist Consuelo Poland Lockhart was adopted at the age of 3 by American parents and was raised in Traverse City, Michigan. She graduated from Kendall College of Art and Design in Grand Rapids, MI in the spring of 2012 with a BFA in Functional Art. Upon graduation she was able to get funding to attend GRCC for their 18 week job training Welding/ Fabricating program and completed it early. Since then she’s taken on a variety of creative/design jobs such as, upholstery, welding, woodworking, finishing, faux finishing and gilding.

Moving to Indianapolis in May 2016 led her to a position running Ruckus Makerspace for 3 ½ years. Managing the makerspace gave her access to shared equipment and tools which led to the launch of the Latinas Welding Guild Inc. The Latinas Welding Guild is a need-based program focused on creating barrier-less education and the advancement of women in a field that has traditionally been less accessible to them. Consuelo continues to advocate for more opportunities for the Latino community but also families within the education system. 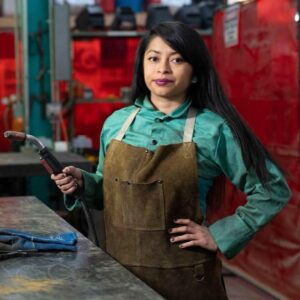 Vice President of Opportunity, Equity & Inclusion, Central Indiana Community Foundation
Pamela Ross is Central Indiana Community Foundation’s (CICF) first vice president of opportunity, equity and inclusion. Pamela leads the organization’s internal process of ensuring equitable policies and practices are operationalized and exemplified in all work of the foundation. She’s also responsible for leading CICF’s organizational initiatives that support increased equity, inclusive economic growth and racial awareness in Central Indiana. Pamela joined CICF September, 2016 as a community leadership officer and was promoted to her current position April, 2018. Pamela has her masters in social work from the University of Georgia with a concentration focused on community development and program evaluation. She has over 25 years of professional experience in the social services field, managing multiple programs dedicated to improving the plight of children and families. Pamela serves on the board for Kennedy King Memorial Initiative, Indiana Philanthropy Alliance and other various committees focusing on disparities in multiple sectors. She is a 2019 Tobias Fellow and vice chair for Indiana Blacks in Philanthropy, an affiliate of Indiana Philanthropy Alliance. She frequently provides presentations, serves on panels of discussion and partners with many organizations delving into issues of race, equity and inclusiveness. Read more 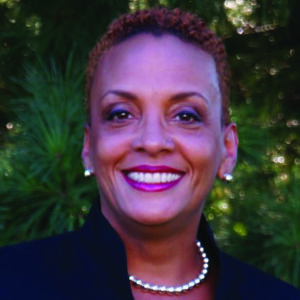 Co-Founder, GANGGANG
Malina (Mali) Simone Jeffers started her career organizing performance based public events for vibrant yet marginalized communities. Mali then spent 5 years at the Arts Council of Indianapolis managing Art & Soul and downtown public art exhibitions. In 2010, Mali transitioned to the Madame Walker Theatre Center to oversee marketing and programs. She then began a career of independent project management dedicated to finding creative ways to address diversity, equity and inclusion needs in cities. Mali was Love Indy Project Manager for Plan 2020 – Indianapolis’ bicentennial planning agenda. Other projects include managing the art component of the Julia M. Carson Transit Center and managing the Ben Franklin Funds at Central Indiana Community Foundation. Mali led marketing and corporate responsibility efforts for Indy’s largest urban development project in the last century, named Waterside. In 2020, Mali co-founded a cultural development firm called GANGGANG with a mission to make the creative economy equitable. She sits on the Board of Directors for Big Car and on the Board of Governors at Newfields. Mali is a member of Alpha Kappa Alpha Sorority, Inc. a graduate of the Stanley K. Lacy Leadership Series, a 2016 40 under Forty recipient and a 2015 TedX speaker. 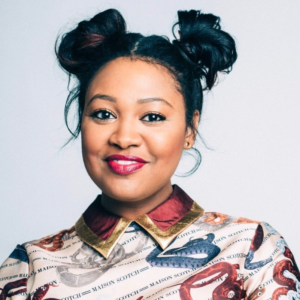 Manager-Planning and Development, Office of Minority & Women Business Development
Ava Y. Taylor grew up in Gary, IN where she developed a passion for helping others and being an advocate for social justice issues within her community. Ava is a graduate of Indiana University-Bloomington, with a Bachelor of Arts degree in Psychology and Business Administration. Shortly after graduation, she took her talents to Washington, D.C. where she served as a Human Resource Training Specialist for the Potomac Electric Power Company. She moved to Indianapolis in 1989, where she began her career in public service, as a training specialist for the Indiana Department of Transportation (INDOT). Ava grew professionally within INDOT and served as the Minority Business Program Manager from 1994 to 2000. After making her mark at the State of Indiana, she moved to the Indiana Convention Center where she honed her skills as a facility event manager. She returned to public service in 2004 working for the Family and Social Services Administration (FSSA) and the Indiana Civil Rights Commission (ICRC). She joined the Office of Minority and Women Business Development (OMWBD) in 2016.Through these opportunities, Ava has obtained skills in event planning and management, community outreach, partnership development, fundraising and project management. In her free time, Ava enjoys traveling, cycling, reading and the performing arts. Ava has been married to her husband of 32 years, Blake and has one adult son Justin. 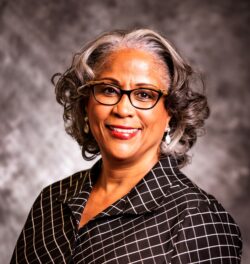