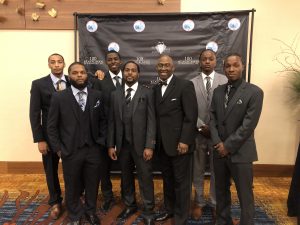 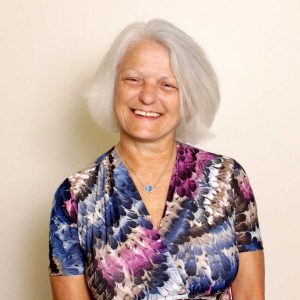 One year after the death of our dear friend and coworker, Jessica Brown, we followed up with the student who benefited from the scholarship created in her memory: the Jessica Brown Memorial Scholarship.

This scholarship is given to the Marion County Jobs for America’s Graduates (JAG) student who mirrors Jessica’s passion for community service, strong work ethic, and genuine interest in the lives of his/her peers, regularly displaying random acts of kindness.

In 2018, the first winner of the Jessica Brown Memorial Scholarship was Tyrah Matherly, who at the time was a senior at Decatur Central High School. When Tyrah started JAG, she did not want to attend college – she had never been passionate about school. However, the JAG program changed that. Tyrah experienced a shocking realization that her career options were extremely limited if she decided not to pursue further education. Once that information sunk in, things began to quickly change. 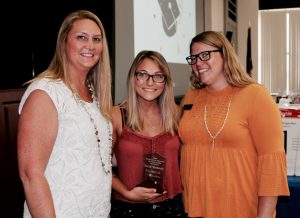 Through the help of her JAG specialist, Molly Hanson, she was able to get a job. “Ms. Hanson helped me create my resume, search for jobs, use the school computer to apply, and create a schedule to balance school and work,” said Tyrah. This process and the knowledge of her career options are what pushed Tyrah to apply for IUPUI to pursue a career as a dental hygienist. During her first semester, she used some of the funds from her scholarship to purchase the books she needed for her classes.

When the fall semester ended, Tyrah made the decision of transferring her credits to Purdue Global for two reasons: First, it gave her the flexibility to work a full-time job without the time constraints of an in-person course. Second, she decided to pursue a psychology degree with a focus on assisting people battling addiction.

With these online courses, Tyrah used the remainder of her scholarship money to purchase a new computer so she could continue her studies while working full-time in the OneAmerica contact center where she is developing job skills in a fast-paced setting with limited downtime.

As Tyrah pays her way through school, she is dreaming of ways to improve the lives of people struggling with substance abuse. “My life has always been centered around community service, especially when it comes to helping people and animals. I want to find a career where I can pair a person in addiction recovery with a rescue animal for support – a way of saving two lives at once,” she said.

The Jobs for America’s Graduates program gave Tyrah the boost to believe in herself and push herself to excel by utilizing time management skills and informing her of opportunities available through higher education. The Jessica Brown Memorial Scholarship was able to provide funding to help Tyrah reach her goals and continue to further her education.

If you would like to be part of changing other students lives, consider donating to the Jessica Brown Memorial Scholarship. These funds remove barriers for JAG students who may not have otherwise pursued a postsecondary education. Support for EmployIndy and its programs goes toward encouraging the future workforce to build a better future for themselves and their community.

Goodwill’s Indianapolis Metropolitan High School recently selected Daesha Cottrell as their outstanding student for 2019. Daesha is a participant in EmployIndy’s Jobs for America’s Graduates (JAG) program, which is helping to prepare her for success after high school. Learn more about her story and the impact of JAG in the video below.